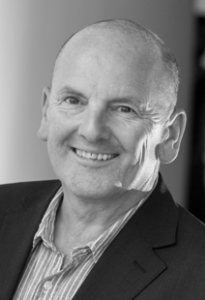 Dr. Nigel Culkin is a Senior Academic Manager at the University of Hertfordshire (UH) and rightly acknowledged as an expert in the field of Innovation & Entrepreneurial Learning. He has published widely in small business leadership, the role of entrepreneurial universities, graduate enterpriseand digitalization, as well as completing projects for UK and overseas government agencies, large multinational organisations and Research Councils.

He was awarded the title of Enterprise Educator at the UK National Enterprise Educator Awards in 2012; elected to the post of President at the Institute for Small Business and Entrepreneurship (ISBE) in 2014 and in 2015 was invited to join the prestigious Peer Review College at the Economic and Social Research Council (ESRC). Nigel is a regular contributor at the UNCTAD Expert Meeting on entrepreneurship and building productive capacities, held every year in Geneva. His new book, Tales of Brexits Past and Present: Understanding the Choices, Threats and Opportunities In Our Separation from the EU was published in December 2018; it has been discussed on Sky News, BBC World Service, R5L and LBC Radio.

Nigel served as a member of the All-Party Parliamentary Group – Micro Business in the House of Commons, co-authoring the Group’s most recent Report, An Education System Fit For An Entrepreneur. He also the Higher Education Working Group, convened to support Lord Young, in the production of his Report, Enterprise for All. This third, and final report on enterprise was presented to the Prime Minister in June 2014 and accepted by Cabinet in September that year.

Nigel has attracted in excess of €24M investment to help implement the UH Enterprise Strategy, which has sustained over 75 ‘enterprise’ posts at UH. He has been a Non-Executive Director/Advisor on a number of high-technology early-stage ventures and has most recently completed Knowledge Exchange & Scale-Up projects in Vietnam and the six Western Balkan states.