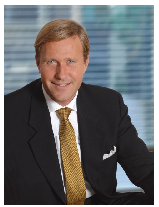 La Financière de la Clarté is a consulting firm in digitalisation, providing support to CEOs in their transformation and to Start-ups for their strategic development.

Olivier Campenon has had executive positions in the telecommunication sector for twenty years. Up until recently, he worked for BT (British Telecom) where he led and developed the French activities, then expanded BT operations in many new countries in his role as President of E*MEA (Northern, Central and eastern Europe, Middle East and Africa) and lastly managed business development and global sales for BT Global services, the Group branch serving multinationals.

Olivier began his career as consultant with Arthur Andersen. In 1990, he joined AT&T ICS and held several international management positions. In 1997, he was appointed Managing Director of SIRIS, a telecommunications operator in France. Three years later, he became President of T-Systems France (Deutsche Telekom group), when SIRIS was acquired by DT and merged with Soleri, an IT company.
Olivier Campenon graduated in 1986 from Supélec – Ecole Supérieure d’Electricité-, a leading French engineering high school. He studied at the Lycée Chateaubriand and at the Institution Notre Dame du Kreisker in Brittany.
He has successfully completed Global Business Consortium, from the London Business School.

He has been member of YPO (Young President Organisation), the club IVY, the Cercle, EEC (European Executive Club) and is a board member of the Franco-British Chamber of Commerce in Paris.