The ISBE Fellowship recognizes significant contribution to the research landscape in small business and entrepreneurship, and a continued engagement with policymakers and business owners alike.

This year, the Institute is delighted to award four Fellowships to experts who have long supported the Institute, the annual conference and the wider community.

Alistair is a globally-renowned Entrepreneurship academic with global connections within the academic world and regularly contributes research to the ISBE conference and regularly supports symposia and other events.

Originally a small business owner, (pubs, knitwear manufacturing and a builder) intellectual curiosity about understanding entrepreneurship led to his academic interest in understanding the social dimensions of enterprising small business.   He has published in all the leading journals in his field including the Journal of Business Venturing and Entrepreneurship Theory and Practice.

Alistair’s primary role is Professor of Entrepreneurship at Lancaster University Management School and he enjoys other many other interesting roles including acting as a guest professor at SLU, Uppsala; visiting professor at Audencia, France and has been honorary professor at UHI, Inverness and Aberdeen Universities.

He has published numerous papers which are extremely well cited. He contributes to scholarship in the Entrepreneurship community as Editor-in-Chief of Entrepreneurship and Regional Development.

Gideon is an expert in Entrepreneurship, particularly with regard to creating entrepreneurial eco-systems in a developing world context. He has considerable international business and academic experiences in various countries such as China, Europe and Africa. Within the academic environment, he has created various entrepreneurship centres at different universities over the past years, developed and implemented undergraduate and post-graduate modules and programmes focusing specifically on enterprise and entrepreneurship.

His contribution to ISBE has been great, particularly over the past couple of years as President of the Institute. 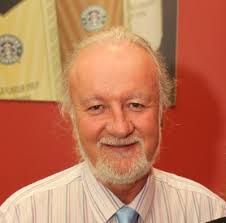 Andy has played a vital role in the development of the enterprise education and creative entrepreneurship agendas in the UK, EU, and beyond and his influence can be seen in multiple national and international policy documents and in expert groups. He has been heavily involved in the Creative Industries Entrepreneurship and Enterprise Education ISBE conference tracks and a strong champion of ISBE. He is a thought leader, critical friend and a mentor to new and established colleagues alike. Andy has been a long term champion of ISBE and has made sure that we have been invited into roundtables and policy discussions where we may otherwise have been left out. He is an Enterprise Education UK Life Fellow and has strong links to EU and OECD expert communities. He is also on the Board of NCEE and has links with SFEDI/IoEE.

Julia has attended the ISBE conference regularly since 2004 and co-founded ISBE’s first and most successful Special Interest Group (SIG) – the Gender and Enterprise Network in 2010. She has been a driver in shaping the development and growth of the ISBE GEN SIG to increase and diversify its membership. Her role as VP Partnerships has seen Julia engage with BAM and ECSB to develop and host joint events and jointly funded events. As well as developing research communities, Julia is an experienced mentor to Early Career Researchers, via the ISBE GEN Writing Retreats acting as a reviewer and mentor to ECRs seeking to develop papers for the ISBE conference and subsequent publication. Such has been the success of the ISBE GEN writing retreats that to former attendees have won Best Paper awards at the ISBE conference.

For more than 15 years, she has advised government and associated agencies on business start-up, women’s enterprise, workplace maternity and regional economic policy. Julia has represented MMU and ISBE GEN on Parliamentary Advisory Groups and panels for over a decade.

We extend a very warm welcome to our new ISBE Fellows.